Many of our visitors will be familiar with our Alpheus water feature that feeds into a collecting pool and is flanked by white anemones. Alpheus was in Greek mythology a river-god who transformed himself into a river to unite with his love who had metamorphosed herself into a well. Each year we donate all the money from Alpheus to a local charity. This year's visitors generously gave a total of £166.61 that Bronwen, Sue and Anthony presented to Alison, Michael, Siôn and Sarah on behalf of Mencap Môn. Thank you very much to all who have given, especially at a time that is so difficult for so many, and we hope your wishes come true. 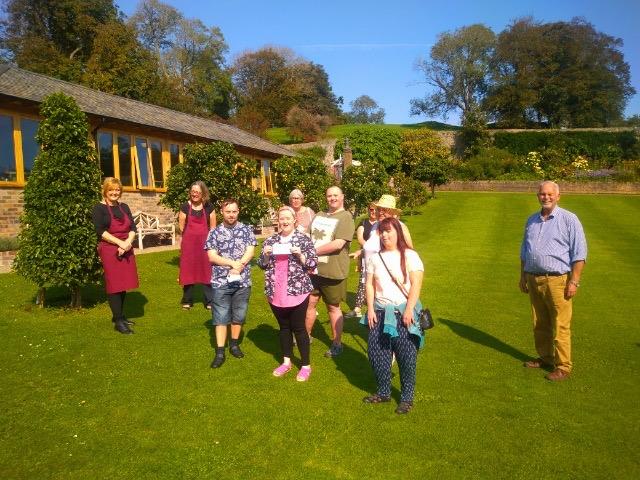 We are thrilled to announce that thanks to all your wonderfully positive reviews on Trip Advisor, we are a Travellers' Choice winner. Each year Trip Advisor comb through reviews, ratings, and saves from travellers everywhere, and use that information to award the very best. This award means that we are in the top 10% of attractions worldwide based on visitor reviews. 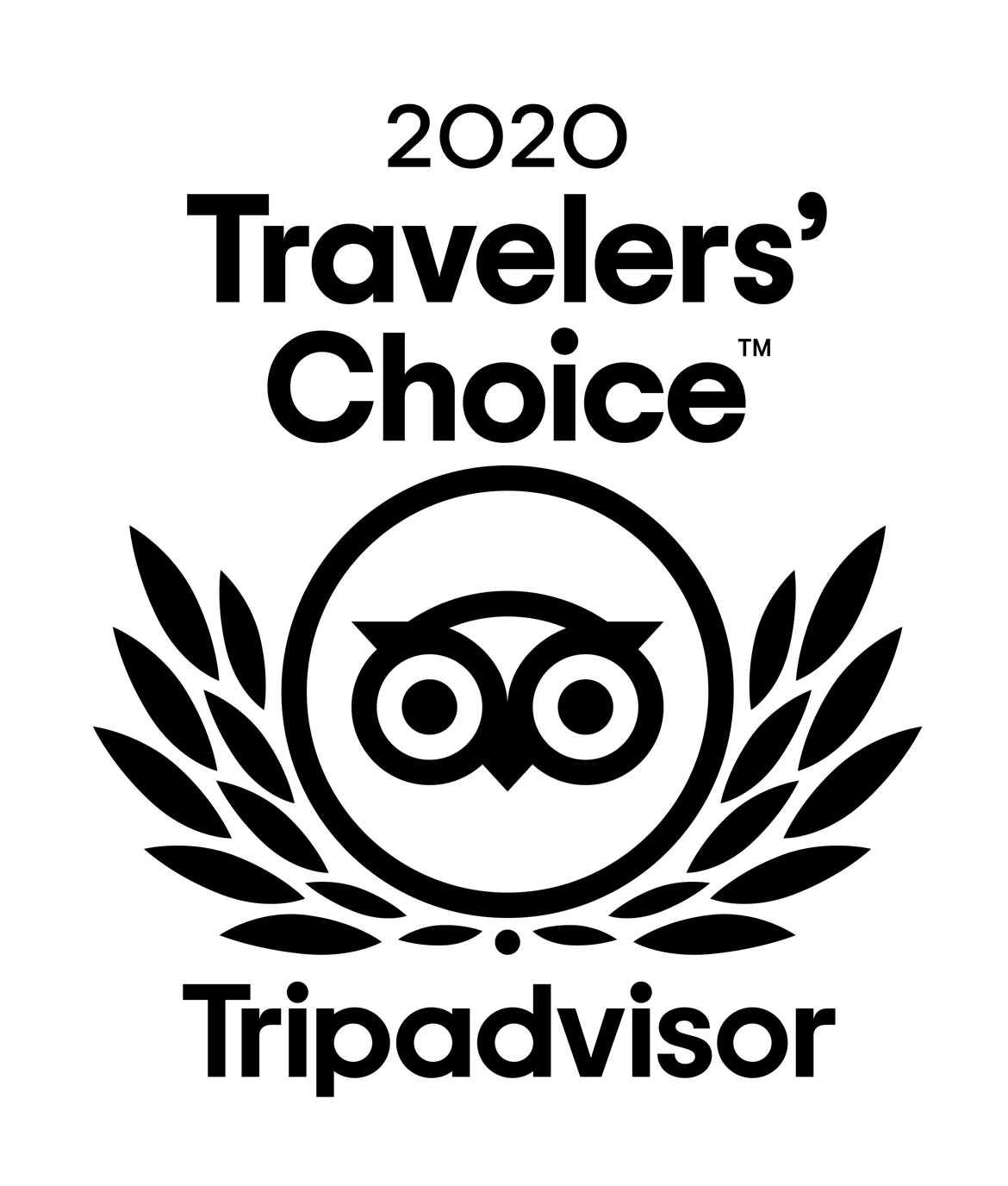 Kick in the Head present

UPDATE: Unfortunately due to the Covid-19 pandemic we have had to postpone this year's open air theatre. We are sorry for any inconvenience or disappointment this may cause. We hold the safety of our visitors and staff as our number one priority and are grateful for your understanding.

Historic Houses 'Garden of the Year 2019'

We are thrilled and honoured to announce that the Hidden Gardens at Plas Cadnant have been short-listed for the Historic Houses Garden of the Year Award 2019.

This prestigious national award, sponsored by Christie’s, recognises the importance of the country’s most spectacular historic gardens.

Plas Cadnant and seven other UK places will be going head-to-head to be named the nation’s favourite country house garden.

We were delighted to welcome ITV Wales News to the gardens to cover this exciting nomination. Take a look at the interview here (approximately 22 minute mark).

Voting is now closed and the winner of the 2019 award will be announced at the Historic Houses AGM in November 2019. We would like to say a huge thank you to everybody who voted for us. 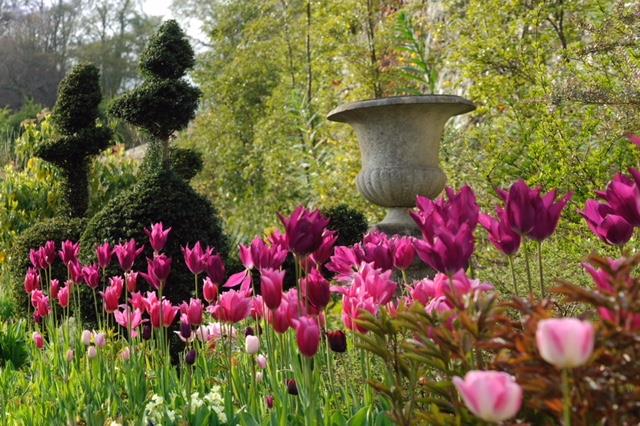 Three Men in a Boat

We would like to thank Kick in the Head Productions for once again putting on a marvellous show with 'Three Men in a Boat'. The weather couldn't have been more ideal with barely a whisper of wind throughout the evening and the rain holding off until everyone had departed. We would also like to thank all those who attended and hope they had as wonderful an evening as we did hosting. We look forward to welcoming Giles and his team back in the future, so keep one eye on our events page in the new year. The gardens at Plas Cadnant have been restored with the hope that future generations can enjoy them and we would like to do our bit to help spark an interest in gardens in the younger generations. Children can now complete a free quiz as they explore the gardens to receive a prize once they return their completed quiz to the Visitor Centre.

We are excited to announce that we are featured in a new book, 'Island Gardens: Havens of Beauty Around the British Isles' by Jackie Bennett with images by Richard Hanson.

The British Isles consists of more than 6,000 islands scattered around the main islands of Britain and Ireland. More than 100 of these British off-shore islands are inhabited – and where there are people, there are gardens. Tidal gardens, gulf-stream-soaked tropical gardens, windswept remote gardens with gnarled and ancient trees, and gardens surrounding castles and monasteries of historical significance.

The book is a fascinating read and will make a great gift for any garden-lover. Available to buy from our Visitor Centre at £25.00 (hardback). Despite unpromising weather, our Fungi Foray on October 4th yielded some fascinating finds. 20 species of mainly saprophytic fungi, which rot dead leaves and wood, were recorded. Highlights include the scarce Leucoagaricus georginae which was found in the main garden under bushes and which stains deep red when handled. According to the British Mycological Society’s data base this is only the UK’s 60th record. Much commoner but memorable was Yellow Stainer which bruises deep yellow and a fine specimen of the Mycena polygramma, one of the Bonnet Cap Fungi was discovered. Also, the quantity of Lepiota fulvella was notable. Our thanks to Nigel Brown for leading the foray and to Charles Aron for determining several of the specimens. 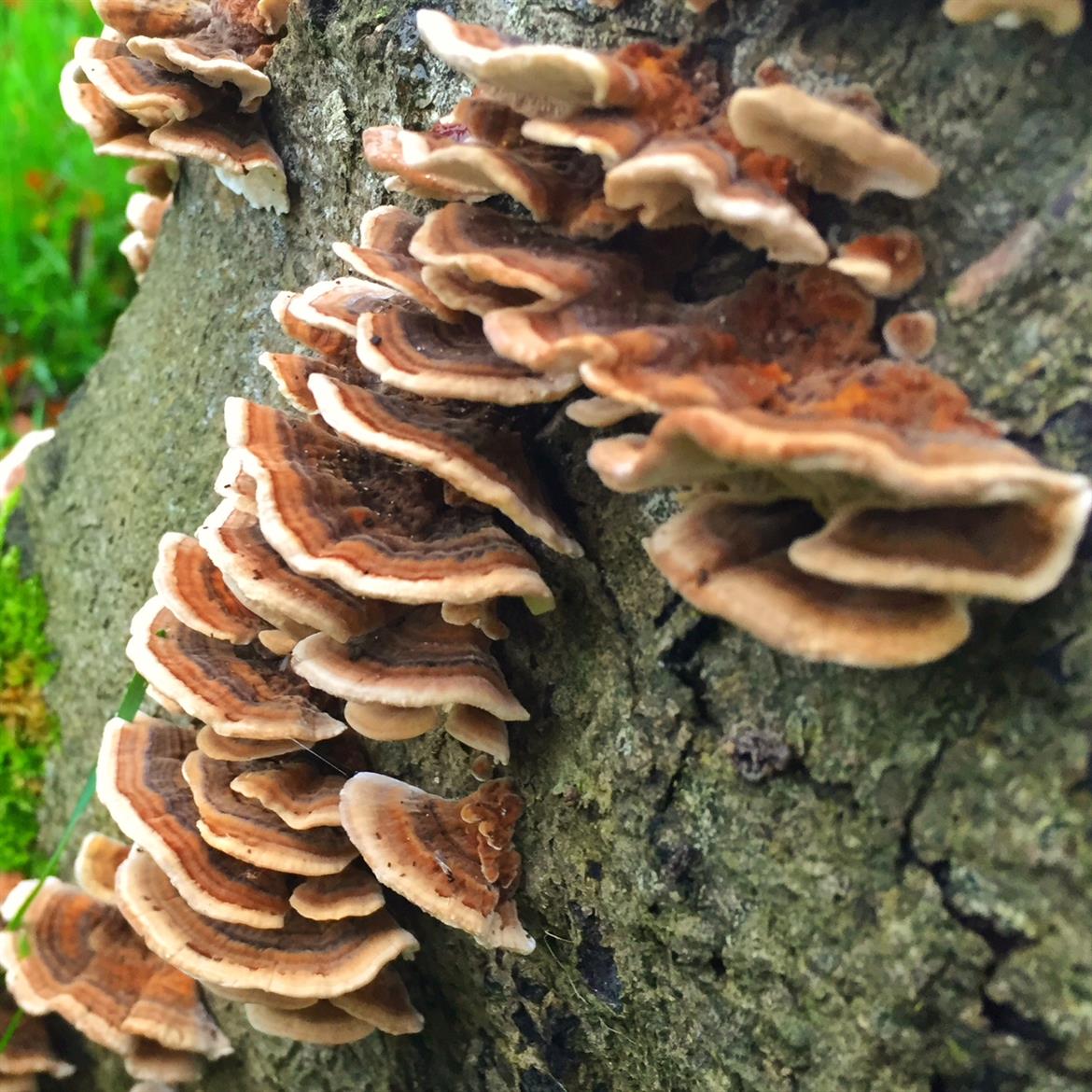 We were delighted and honoured to welcome HRH Prince of Wales to Plas Cadnant on Friday 14th July.

Prince Charles ended his Welsh Week with a tour of the Gardens followed by a reception at the main house with dignitaries, guests, staff and volunteers.

During his tour of the Gardens HRH planted an Acer ‘Seiryu’ to replace one lost in the Boxing Day Flood.

After being presented with various gifts including a Hydrangea macrophylla 'Doctor Jean Varnier' he unveiled a plaque to commemorate his visit. 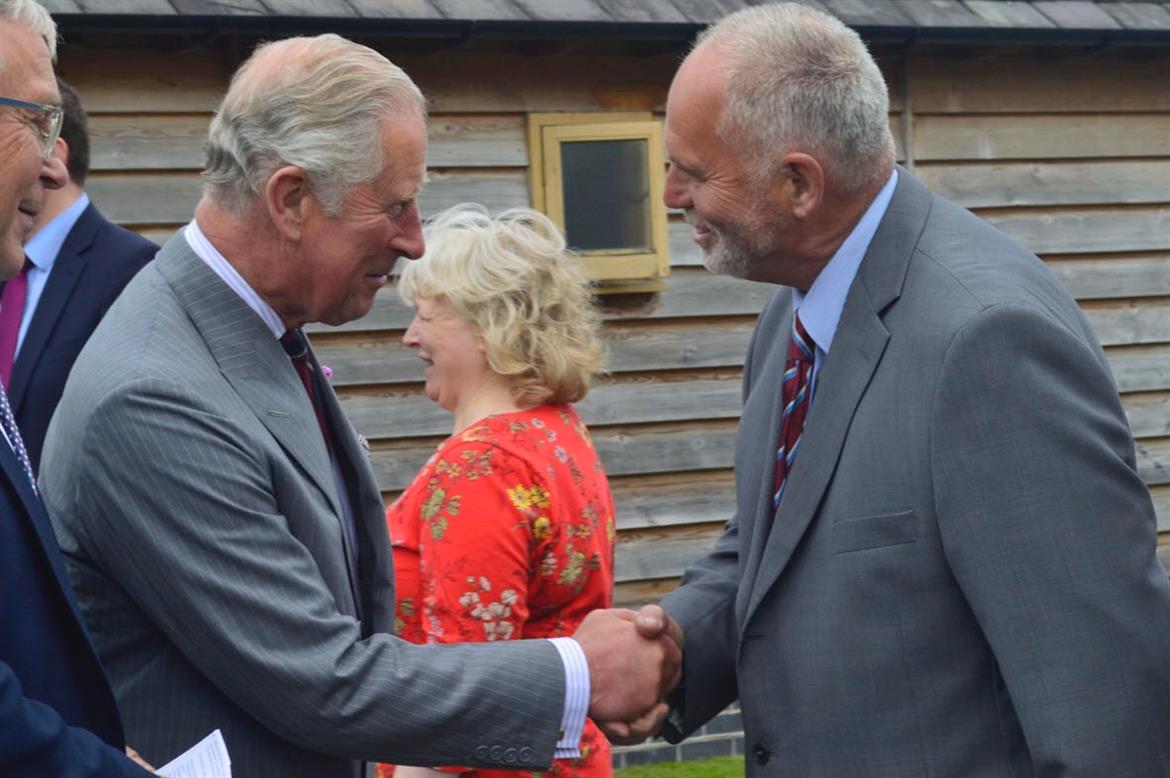 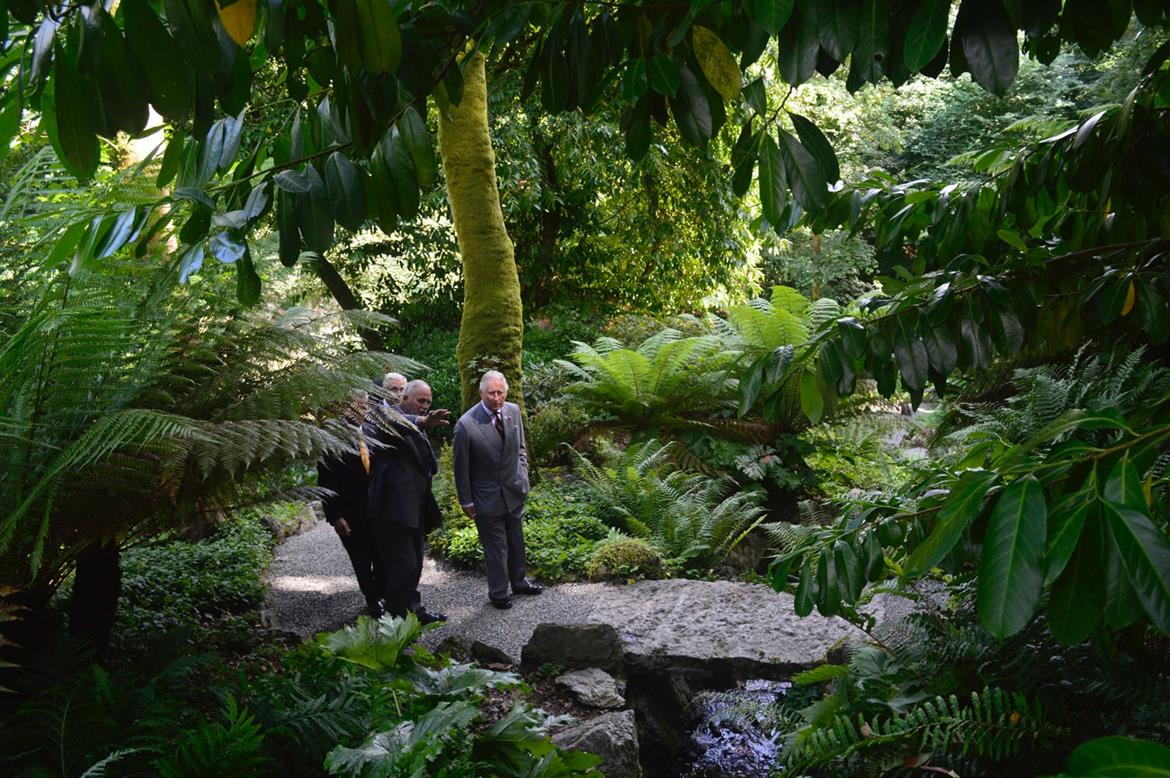 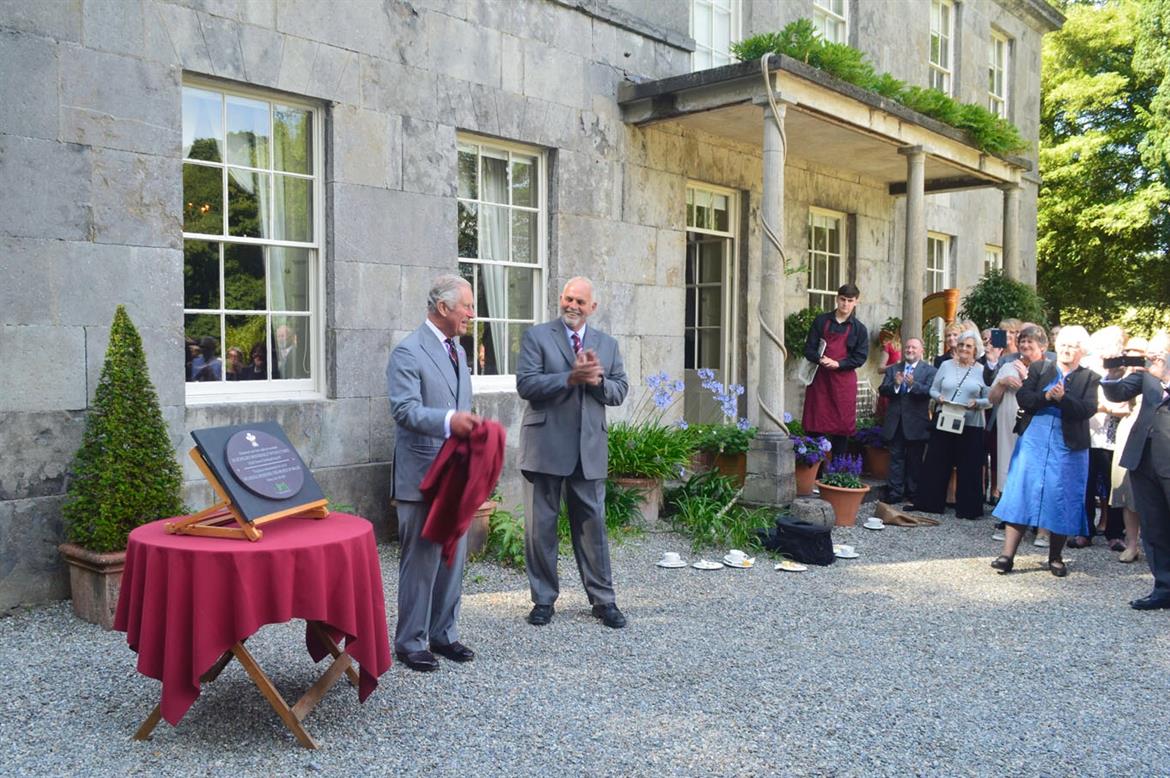 So far this season it looks like everything is a week or two early, our bluebells are no exception. At the moment they are carpeting the Valley Gardens, woodland and Upper Garden (beside the main house, can be seen when driving in). This first week of May is the perfect time to see the bluebells at their best and from now until the end of September the Gardens will be open Tuesdays, Wednesdays, Thursdays and Sundays from 12noon to 5pm.

We are also honoured to once again be participating in the Festival of Gardens North Wales. This year the Festival will run for 16 days from Saturday 27th May to Sunday 11th June. Pick up a leaflet from our Visitor Centre or visit the Festival site by clicking here to find out which gardens will be participating and what they have planned. 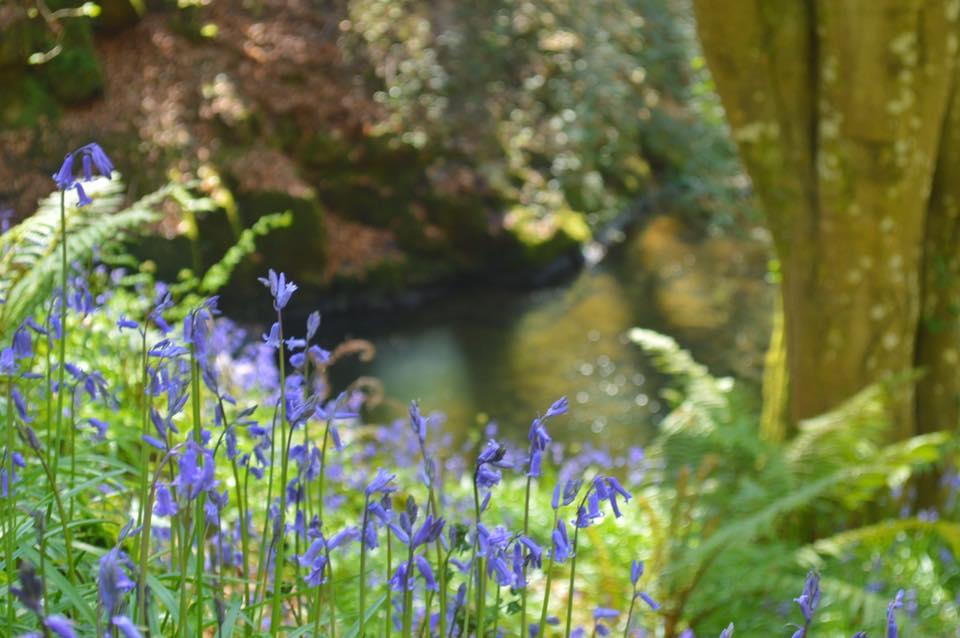 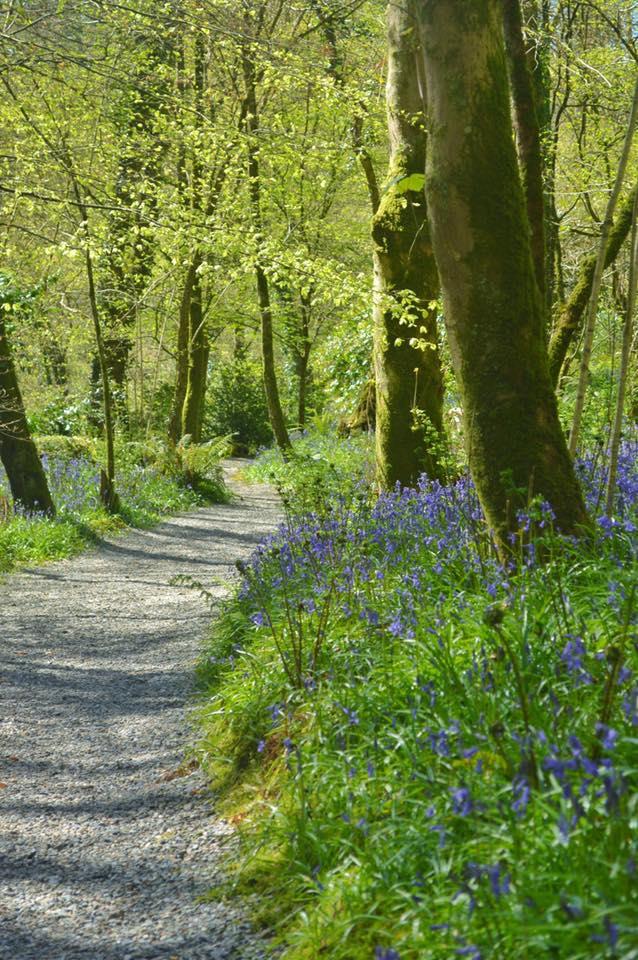 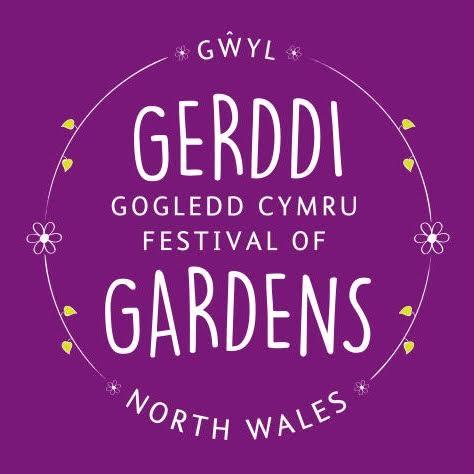 Many of our visitors will be familiar with our Alpheus water feature that feeds into a collecting pool and is flanked by Anemone 'Wild Swan'. Alpheus was in Greek mythology a river-god who transformed himself into a river to unite with his love who had metamorphosed herself into a well. Last year's visitors generously gave a total of £130.00 that we presented to Gwenda Williams on behalf of the Môn & Arfon Stroke Club. Thank you very much to all who have given and we hope your wishes come true. 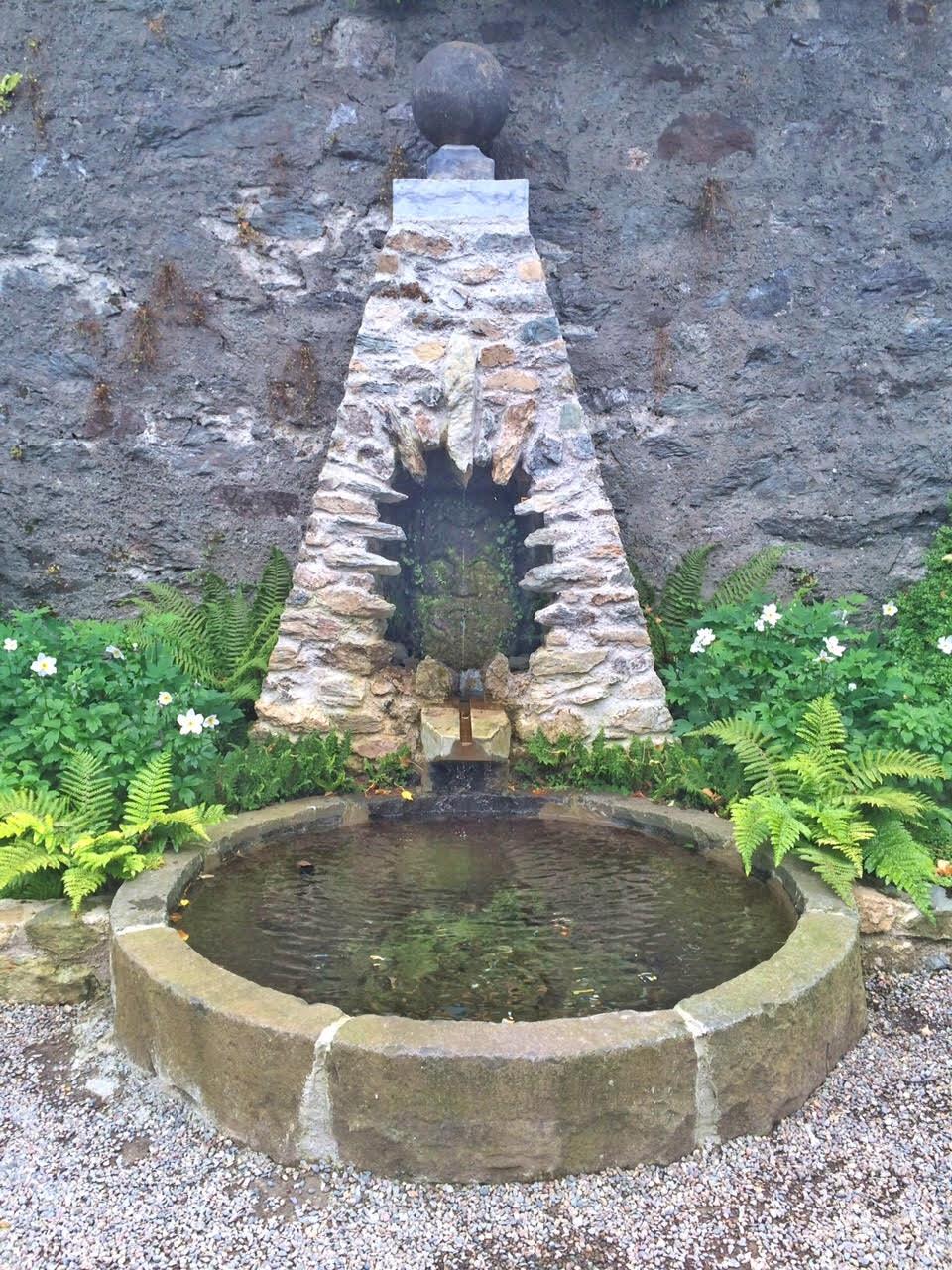 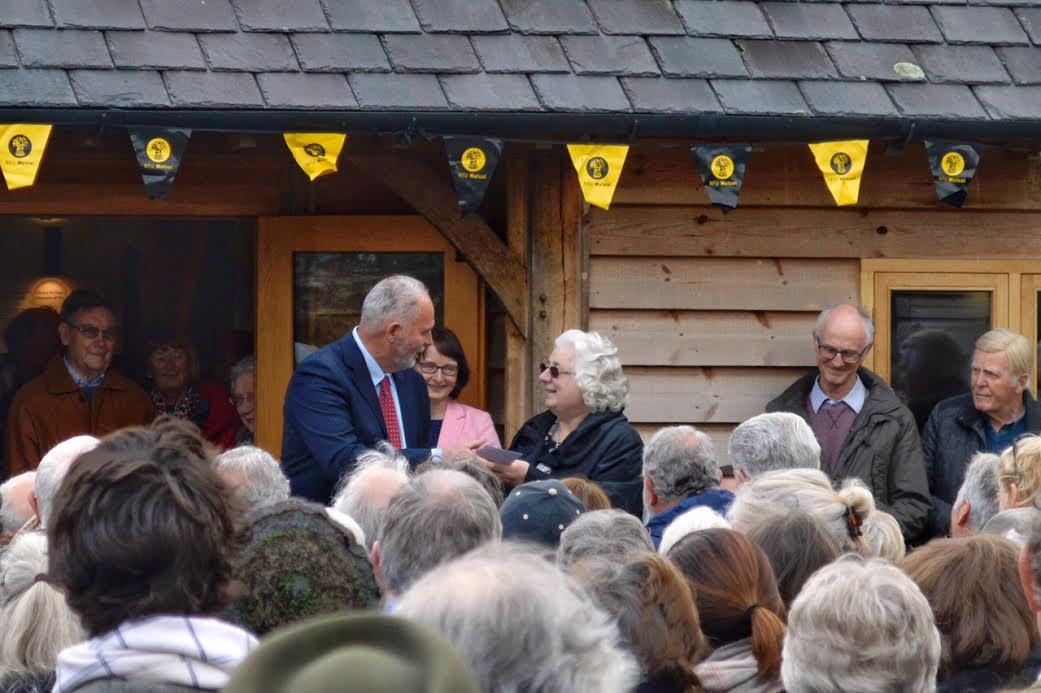 We kicked off the new season with a (not so) little celebration for invited guests to mark the Gardens' recovery following the Boxing Day Flood 2015. We were staggered by the support within the local community and from around the country and wanted to say a little thank you.

As part of the restoration work a brand new seating area has been constructed around a new water feature in the Upper Valley Garden giving visitors another peaceful area to sit and enjoy the sights, sounds and smells of the garden. 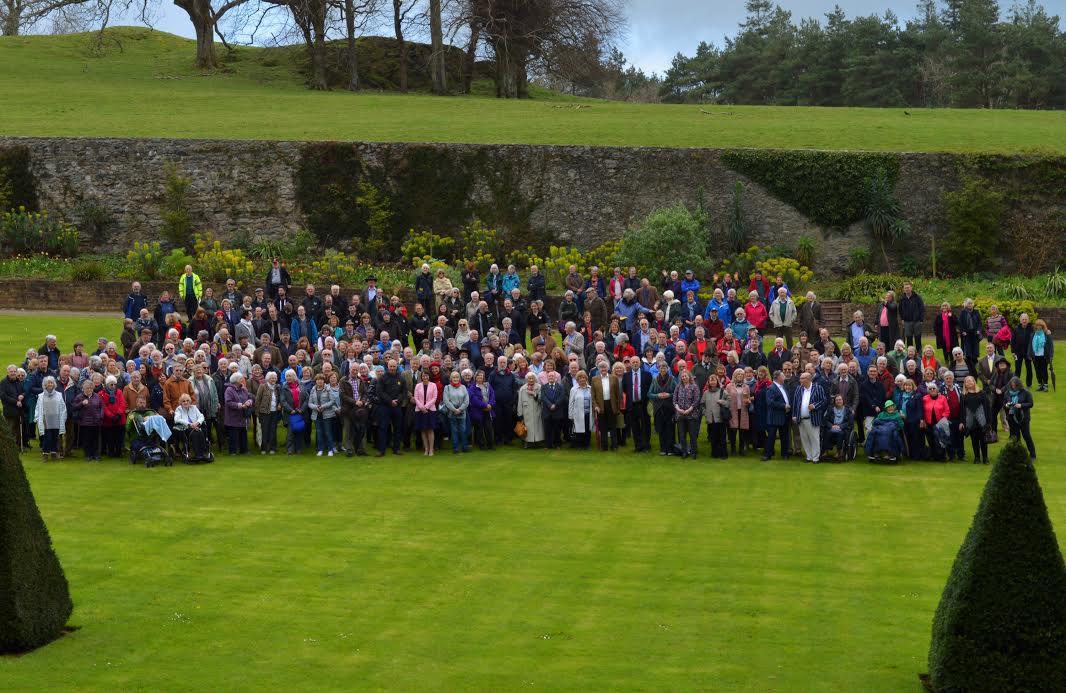 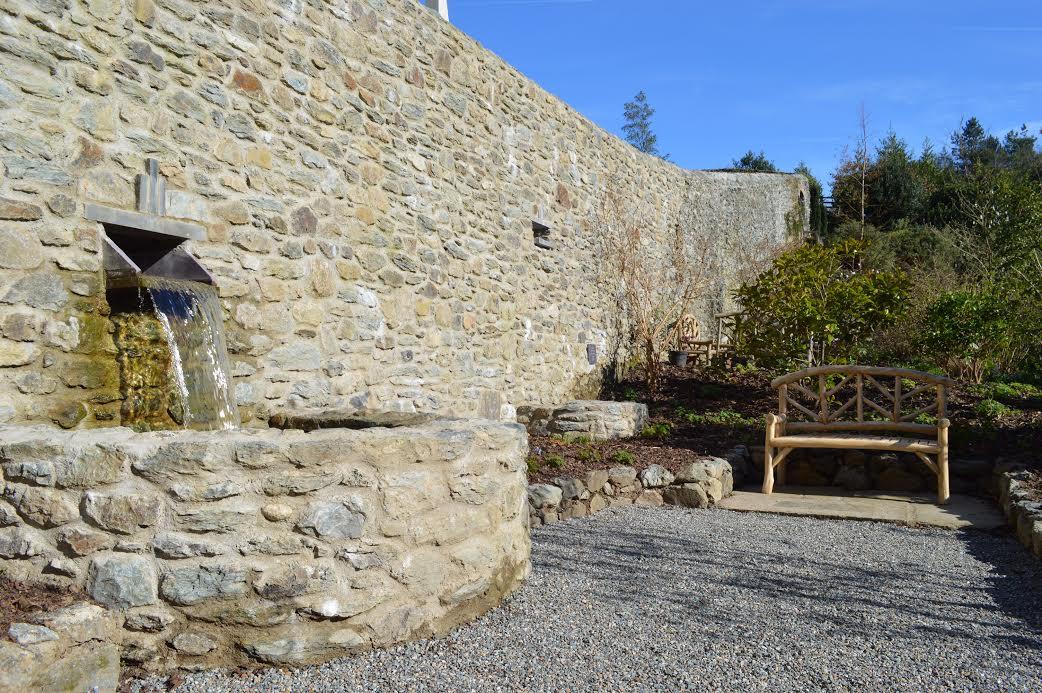 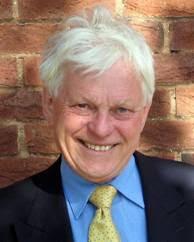 We are delighted and honoured to announce that plantsman, gardener, author and broadcaster Roy Lancaster CBE, VMH, will be officially opening the Festival of Gardens North Wales 2016 here at Plas Cadnant on the afternoon of Saturday May 28th.

The gardens will be open to ticket holders from 3pm. Roy Lancaster, CBE, VMH will then officially open the Festival at 4pm before leading a walk and talk around the gardens. Pimms and canapés will then be served from 5pm, followed by an illustrated talk on plant collecting overseas by Bleddyn Wynn-Jones of Crug Farm Plants at 6pm.

Tickets must be purchased in advance and are now available from our Visitor Centre during normal garden opening times, priced at £35.00.

For further information please email [email protected] or call our Garden Office on 01248 717174.

One of the joys of restoring an historic garden is rediscovering long-forgotten features. We have recently uncovered a large quartz uplift beside the waterfall in our Lower Valley that had been mentioned in a book by geologist, E. Greenly in 1919, but was lost when the gardens fell into decline. The rock was rediscovered while clearing brambles on the opposite bank of the River Cadnant and the bright white quartz has once again become a feature of the Lower Valley Garden.

This is just one of Plas Cadnant’s many interesting geological features that will be explored on the guided geological trails throughout the summer. See our events page for further details. The Gardens and Tea Room will be open for the main season from Wednesday 23 March, in time for Easter Sunday and Bank Holiday Monday when we will be open from 12noon - 5pm. We are also planning a series of events over the season, please see our events page for further information.

We are pleased to announce that a large part of the garden restoration has now been completed. Repairs to the car park are almost finished with the exception of a small area that is currently roped off. The Valley Gardens have now been made safe and temporary paths have been laid. Work is still ongoing with regard to repairing the section of wall that was demolished by the flood and work will continue in this small section of the garden while repairs are completed.
We would like to once again thank you for your continued support and understanding during our recovery. 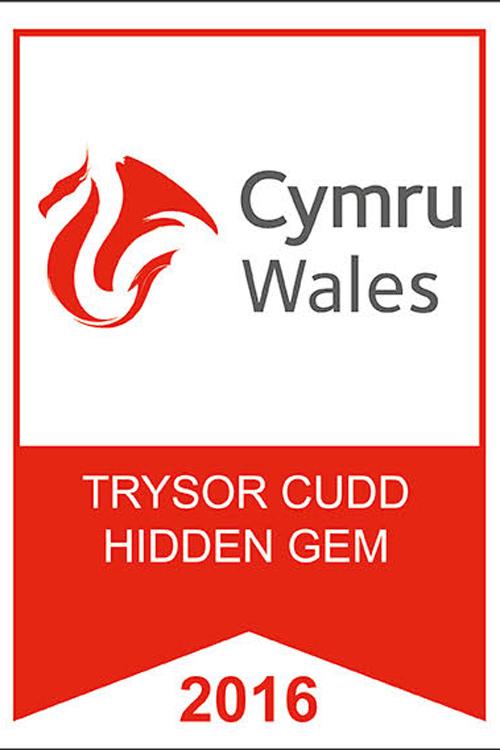 We are delighted to announce that we have been awarded the 'Hidden Gem' accolade by Visit Wales. We are thrilled to be one of the ten ‘Hidden Gems’ in Wales and we would like to congratulate Rib Ride Adventure Boat Tours of Menai Bridge who also received the award.

As many of you may be aware Storm Eva has caused devastation to parts of our Walled Garden and Valley Gardens.

During the early hours of Boxing Day, like many areas of the country, very high levels of rainfall fell onto the already saturated land. The fields above the gardens funnelled a great volume of water into the gardens. Existing overflows were soon overwhelmed. The 200 year old wall, which had survived until now without harm, acted as a dam causing the Walled Garden to fill with flood water. Finally the bottom section of the wall breached. A massive torrent of water and rocks, surged down the through the Valley Gardens, destroying everything in its path and carrying two stone obelisks and our new ‘eye catcher’ bench with it.

We have already started the mammoth task of restoring the gardens and will begin to rebuild the 200 year old walls. Fortunately nobody was hurt and our holiday cottages have not been affected.

We have been overwhelmed with messages of support and offers help which have helped us in our resolve to make good the damage as the Gardens are so clearly valued by those who have visited.

Coverage of the aftermath can be seen at http://www.bbc.co.uk/news/uk-wales-north-west-wale...